By01crypto May 17, 2022 Share PostShare on FacebookShare on TwitterShare by EmailSend Link
0Comments

Markets go up and down, but sports fandom lasts a lifetime. That makes our job easier each week with The Sports Slice, as we cover each week’s action in all things sports and crypto. This past week, we saw a top 10 cryptocurrency giant fall – we’ll look at the sports implications of that – and saw sports giants like Chelsea and Major League Baseball establish new deals.
Let’s take a look back at all of last week’s sports action in the space.
In February, Terra Luna signed it’s first-ever sports sponsorship deal with the MLB’s Washington Nationals. It’s high highs, and low lows in the crypto market, as Terra Luna has gone from a top 10 project – amassing tens of billions of TVL and deposits in Anchor Protocol – to an essentially dead project that could be out of the top 100 in a matter of weeks.
What will it mean for the deal with the Washington Nationals deal? Currently, the Terra Club area and the sponsorship signage behind home plate still remains. However, the deal is likely on it’s way out. Team reps have not responded to any publication’s request for comment, and of course, Terraform Labs have much bigger issues on their hands currently.
Chelsea has secured a new £20 million-a-year shirt-sleeve deal with digital investing platform WhaleFin. The sponsorship will take effect starting next season. Meanwhile, Atletico Madrid has also nailed down a five-year deal with WhaleFin, also starting next year, valued at north of $40M USD a year.
The pair of major sports partnerships signal WhaleFin’s first sponsorships at these high of a level.
Related Reading | Avatars For Ukraine – Top Video Game Artists, Celebs Create Poignant NFT Artworks 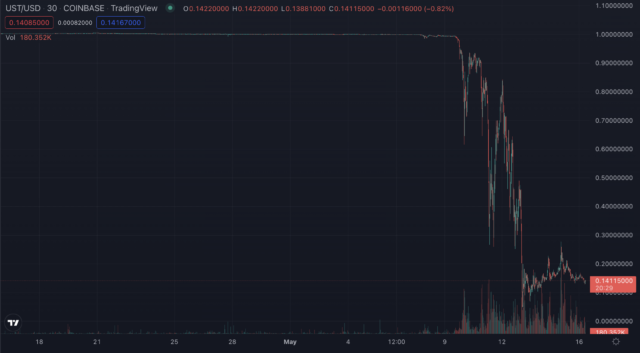 We’ve seen some interesting NFT integration in the ‘big 4’ of major league sports in the U.S., but few fantasy sport integrations thus far. That could be on the verge of changing, as Major League Baseball has teamed up with NFT platform Sorare to create an NFT-based fantasy game.
The MLB has been surprisingly aggressive in the NFT space to date, expressing an attitude of little fear in partnering with the likes of Topps and Candy Digital throughout past NFT releases. The full details and scope of the game, which is expected to hit the market as early as this summer, are yet to be released. Tony Clark, executive director of the Major League Baseball Players Association, stated:
“Sorare has built a new baseball gaming experience that will excite fans around collecting players’ NFTs, building winning lineups and competing against baseball fans all over the world… We are very excited about our partnership and the effect Sorare’s first foray into North American sports will have on the growth of our game globally.”
Meta subsidiary Instagram announced this past week that they would begin NFT testing with a select group of creators and influencers – just 16 in fact, to start. One of those 16 is NCAA women’s basketball star Paige Bueckers, who will most certainly be league bound. In the meantime, Bueckers will be able to utilize the first iterations of NFTs on the platform, which are set to include allow users to share NFTs on IG stories through “AR stickers.” It’s not entirely clear quite yet how that integration will look and feel, but stay tuned as creators are expected to continue to engage over time.
The NBA Finals are right around the corner, and ex-NBA legend Dwayne Wade’s former team, The Miami Heat, is kicking off the Eastern Conference Finals against the Boston Celtics this week. For Wade, however, there’s a new ballgame on the horizon, as he has teamed up with Budweiser for a new ‘Budweiser Zero’ NFT collection. Later this month, ‘Budverse Legends: Dwyane Wade x Budweiser Zero Edition’ NFTs will be released on a dedicated Budweiser webpage. The beer brand made a splash last year when they were early integrators of NFTs, signing a deal with VaynerMedia’s NFT division back in July.
Related Reading | Crypto & Gaming: A Look At NRG’s Insights Reports
For updates and exclusive offers enter your email.
Taylor specializes in crypto activity across sports and entertainment. With nearly a decade of engagement with cryptocurrency, Taylor has spent several years working in talent representation with musicians, comedians, and speakers, and achieved a Sports Business MBA in 2020.
Bitcoin news portal providing breaking news, guides, price analysis about decentralized digital money & blockchain technology.
© 2021 Bitcoinist. All Rights Reserved.